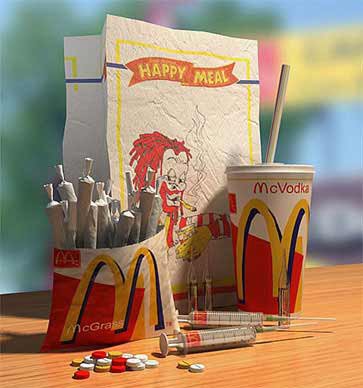 Easter, a Christian holiday celebrating the resurrection of Christ, occurs on a Sunday in March or April the date varies from year to year. Regarding Christian holidays in the U.5. Easter is considered to be second only to Christmas. From religious standpoint, it's preceded by Lent, which begins 40 days before Easter, on Ash Wednesday. The Sunday before Easter is called Palm Sunday. The Friday before Easter is known as Good Friday and commemorates the day Jesus died. The Monday directly after Easter is commonly referred to as Easter Monday. On Easter Sunday, many families go to church, sometimes attending sunrise services, which is an Easter tradition brought to the U.5. by Protestant immigrants from Europe. Many families also get together for a large meal on Easter.

Like Christmas, Easter is both a religious and a secular holiday in the United States. While many Christians appreciate the deep religious meaning that this holiday has for them, other people observe only its secular aspects. Many Easter customs have their origins in both pre-Christian religions and in Christianity, and are in some way associated with spring and rebirth. The word "Easter" comes from Eostre, the Anglo-Saxon goddess of spring. Long ago, a festival was held in her honor every year at the vernal equinox.

A very well-known symbol of Easter is the Easter Bunny, or Easter Rabbit. Rabbits have frequent multiple births and are considered to be a symbol of fertility. On the morning of Easter Sunday, children wake up and find that the Easter Bunny has left them baskets of candy and hidden colored and decorated eggs for them. The children hunt for the eggs, which have usually been hidden outside near their home. It's not certain where the custom of dyeing and decorating eggs originated, although this appears to be a very old tradition. In ancient Egypt, Greece, Rome and Persia, eggs were dyed for spring festivals, and in medieval Europe beautifully decorated eggs were given as gifts.

Romans believed that all life comes from an egg, and some Christians considered eggs to be the "seed of life", making them also symbolic of the resurrection of Christ. Neighborhoods and organizations may also sponsor Easter egg hunts for children, often held on the day before Easter. Prizes, which are usually candy, are commonly given, such as for the children who find the most eggs, those who find eggs specially marked with numbers (designating first, second and third prize), etc.

In England children rolled eggs down hills on Easter morning. This game has been connected with the rolling away of the stone from Christ' s tomb when he was resurrected. British settlers brought this tradition to the U.5. In the early 19th century, Dolly Madison, the wife of the fourth American President, organized an egg roll in Washington, D.C. This egg roll became an annual tradition. At first it was held near the Capitol building, but in 1880 it was moved to the White House lawn because officials had complained that the children were ruining the Capitol lawn. It's been held there ever since, canceled only during times of war.

Elementary and secondary schools usually have between four days (Good Friday through Faster Monday) and one week of vacation. Younger children may have an Easter party and/or Easter egg hunt at school before their vacation begins. Universities typically have a week of vacation, which is usually considered to be their spring break.

Religious symbols for Faster include a cross and sunrise. Other symbols are flowers, especially the Easter lily (a large, white flower), rabbits, chicks, eggs, baskets, chocolate bunnies and eggs. Colors for Easter are usually pastel colors that are also associated with spring in general: blue, green, yellow, pink and purple.